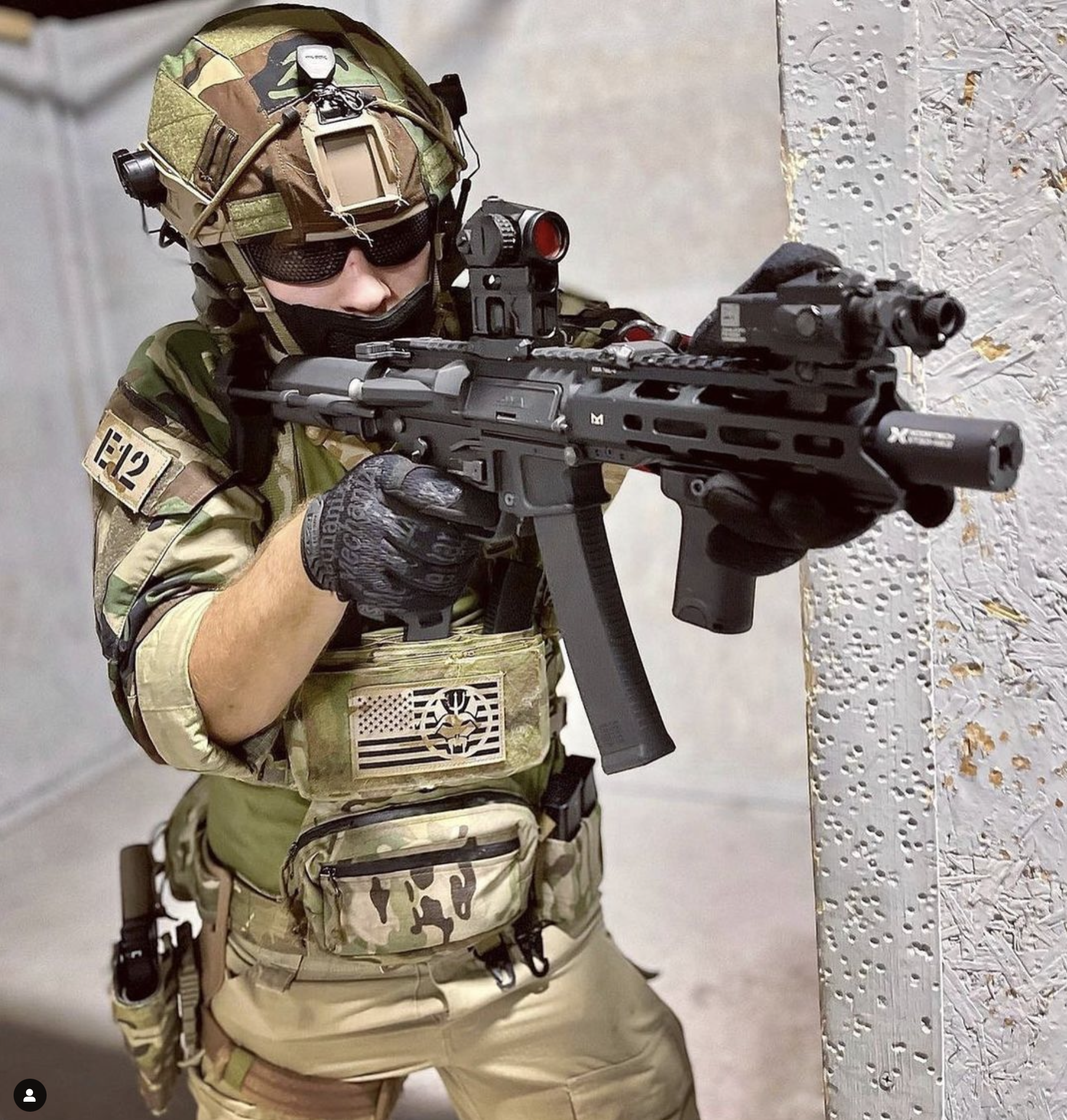 What is Airsoft visit our store www.extremeairsoft.co.uk we have one of the largest range of guns and accessories in the country. we have a large showroom. in Croft, Leicestershire where you are welcome to come and have a look and feel of most guns available on the market.

‘What is airsoft?’ Is a question that we hear all the time so, in this post we’re going to break down what airsoft is and the different styles of play. Its a game of simulated gun combat that is played around the world by people of all ages, in which their objective is to eliminate their opponents with plastic BBs.

Airsoft is likened to paintball, in the way that people team up at a dedicated, insured site to shoot small projectiles at each other for fun and sport. Where the sport differs, is that airsoft is much more realistic than paintball, in the clothes and replicas that airsofters use. Whilst paintball markers typically don’t look like “real” guns (unless you are playing Magfed),  RIFs (Realistic Imitation Firearms) are, 99% of the time, modelled after genuine firearms and are almost indistinguishable from the real thing. The players, depending on their style of airsoft are also more likely to wear realistic military gear, including plate carriers, chest rigs, helmets etc to look more ‘realistic’.

As there is no paint it, how do you know if you’ve been hit or are out? is simply a game of honour and honesty. When you’ve been hit by another player, there’s no visible mark, so it’s down to the player to call themselves out. Cheaters are simply not welcome. 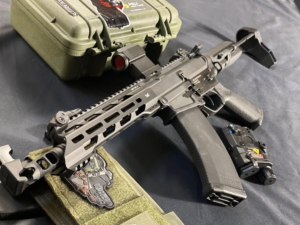 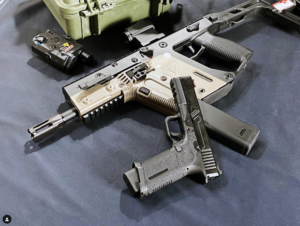 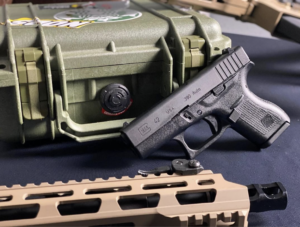 Now of course there are different styles of airsoft as not everyone wants to dress realistically or even wants to shoot at/be shot at by other players, so let’s chat about those:

What is Airsoft Skirmish

Primarily there’s skirmishing. An airsoft skirmish (otherwise known as a game day/walk on/pick-up game) typically consists of two teams, shooting at each other whilst in a combat scenario – these scenarios can simply be a team deathmatch or have a more complicated objective such as capturing a flag. This is how most players get started in the sport.

What is Airsoft MilSim

‘MilSim’ is similar to a skirmish but it is more focused on the Military Simulation aspect. During a MilSim, players will be organised into teams, that have command structures and they will be given taskings/objectives to complete. MilSims are usually longer – running anywhere from 24 hours to 72 hours of continuous play.

Battlesims are essentially shorter Milsims, usually played for 8 to 12 hours.

AIPSC is a target shooting sport. AIPSC shooters use airsoft guns to shoot at paper and metal targets whilst being timed/scored according to particular rules. There are shooting clubs around the world that compete in AIPSC competitions.

What is Airsoft Speedsoft

Speedsoft is the airsoft equivalent of paintball’s speedball. A fast-paced tournament-like game that disregards the military aspect and instead focuses on fast shooting, fast movement in “arenas”. Whilst this style of airsoft is relatively new, it is growing in popularity.

Safety has to be the number 1 priority when playing airsoft. All players over 18 must wear a MINIMUM of high-impact rated eye protection, if a player is under 18, a site’s insurance will usually dictate that they also must wear a lower face mask (or a full face mask such as a Dye paintball mask) although it is recommended that everyone wear lower face.

All airsoft guns need to be tested with a chronograph before each game by site staff to ensure they are under the legal limits, as we have restrictions on their power in the UK. Most sites in the UK operate a site limit of 350 FPS (feet per second) for pistols and AEGs, up to 500 FPS for bolt action sniper rifles.

Although different sites/game modes have different rules, some rules are universal such as ‘dead players don’t talk’ meaning that if you’ve been eliminated, you can’t give away another player’s position to a live player, and no blind firing meaning you must be able to see where your BB is travelling to.

please have a look at our gamete. The department CQB in Croft, Leicestershire